Four questions your physician orientation should answer but might not

HomeFour questions your physician orientation should answer but might not
IntraVires Health
Brush Up!

Answering these four questions during physician orientation will guard against business, quality, and compliance hazards.

The challenge: Population health – the buzzword of the decade. Payers are requiring physicians to demonstrate cultural competency in their medical decision making. Physicians need to know and understand their patient populations to diagnose health outcomes, recognize possible health determinants, and coordinate care with other providers (especially in a patient centered medical home). For example, a physician may see a notably high incidence of HPV in boys at one area high school, which may have contributing determinants like a lack of sex education programming or a belief that the HPV vaccine is only for girls. The population learning curve is steep for physicians coming from out of town, from a competitor, from an independent practice, or those who recently completed residency. A new patient mix brings a shift in the care environment. For example, a physician moving from a for profit hospital to a 501(c)(3) charitable organization could reasonably expect more uncompensated care, greater need for interpretation services, and an uptick in missed appointments. Physicians also may be hearing about ACA Section 1557 for the first time. The non-discrimination requirements of 1557 are many. Some requirements are strategic, like marketing, signage, and publications. However, non-discrimination is largely driven by the care model. Organizations have the duty to prompt new physicians to self-reflect on their behavior during patient encounters to ensure that they deliver objectively good care regardless of the patient’s status and background.

The consequences: There’s a marked difference between being mindful of population traits and stereotyping. Without being scientific and population-minded, physicians might miss associations, misinterpret patient feedback, or suggest a treatment plan that clashes with a patient’s health beliefs, which can, unchecked, cause the care model to unravel. Physician-patient discordance and misunderstanding likely means that patients don’t adhere, and the physician feels less connected with their patients and community.  These factors drive physician burnout and turnover and patient dissatisfaction results and defection. The cost of care becomes more difficult to control. In short, the Triple Aim falls apart.

Physicians should have access to resources that will help them be inclusive and current in understanding their patient populations.  Focus an orientation session on doctor-patient concordance and make interpretative services as easy to access as possible. As far as Section 1557 goes, the organization may have an employee who handles grievances about non-discrimination. This person could make an appearance to set expectations of non-discrimination and equitable care. Population health broadens the definition of “health,” which is the main salient point for orienting physicians in the organization to population health principles.

The challenge: The Stark Law. Violating the Stark Law doesn’t require intent; it’s technical (or “strict liability). Known as the physician anti-self-referral law, Stark “prohibits a physician from making referrals for certain designated health services (DHS) payable by Medicare to an entity with which he or she (or an immediate family member) has a financial relationship (ownership, investment, or compensation), unless an exception applies.”  Stark prohibitions are in place to prevent a self-serving relationship between a physician and any entity with which the physician (or an immediate family member) has a financial relationship. To meet some important exceptions, the physician group must qualify as a “Stark Group Practice.” A physician group that isn’t a Stark group practice must not pool and pay physicians from referrals of DHS among themselves. Doing so can incentivize associated physicians to overutilize DHS for their own private gain (claims from which are submitted for payment by the hospital). Training/orientation must highlight key differences between a “Stark group practice” and one that doesn’t meet the definition, then communicate the implications for billing and clinical operations to employed physicians.

The consequences: CMS maintains a Self-Referral Disclosure Protocol (SRDP) for reporting certain Stark violations; your Compliance department completes the SRDP with legal advice along the way. Financial damages can add up fast for prohibited referrals of DHS. The SRDP is complex and challenging, and your Compliance department has a tight timeline to complete it; missing the deadline can invoke False Claims Act penalties (much more expensive and severe). Under the wrong circumstances, violations can also constitute kickbacks, which may incur criminal liability as well. Misclassifying an employed physician group as a “Stark Group Practice” and acting on that assumption is a strategic and legal misstep. While SRDP may avoid more severe enforcement actions, there are some significant consequences.  For one, during the SRDP process, the physicians involved are individually named and damages individually calculated.

The solution: First, check with your counsel – ask them if you meet the Stark group practice definition. Bring the compliance officer to the table because they’ll need to conduct a couple of spot audits to make sure the organization has adhered to those regulations in its business practice. Incorporate findings into orientation materials and instruct new physicians how their referrals must work in the hospital-owned practice (whether a Stark group practice, or not).  Again, the compliance officer and legal counsel can help put together this part of the presentation (and deliver it). Going over the structure of the organization like this before a physician sees their first patient shows intent to comply and helps the compliance officer know exactly what the physicians were taught ahead of their start date.  Knowing the most compliant way to make referrals will avoid the risk of a Stark violation.

A Conflict of Interest (“COI”) is a situation in which a person or organization may have more than one interest or commitment, and serving one interest or commitment could work against another.  In an employment scenario, this relates to the personal interest of an individual employee (in this case, the physician) being or appearing to be adverse to a duty to the physician’s employer (or patients).  Newly-employed physicians must be educated about such relationships and the organization’s policies regarding conflict of interest with respect to such relationships.  Physicians must disclose any actual or potential COI in writing and must update the organization if a new actual or potential COI develops.  Some examples of typical COI impacting employed physicians may include invitations from drug or medical device manufacturers to represent their products.  This scenario is reportable by the manufacturers to the Open Payments website and should be disclosed to the physician’s employer.  This is because decisions made at one company could affect the other, and the physician has the potential to benefit personally (and financially) from those outcomes. Another COI could include a scenario where a physician’s immediate family member owns a medical office building where the hospital (that employs the physician) wants to lease space. This would not only be a COI for disclosure and management, but it would also pose a Stark legal question.  It is easy to see why physicians are required to disclose all COI, whether actual or perceived.  The challenge for orientation is communicating COI in a way that encourages full disclosure.

The consequences: A COI might be manageable; the compliance officer and the physician’s supervisor can help the physician form a plan to ensure that they don’t act on the conflict. For example, a physician who serves on the Board of a medical charity should recuse themselves from any Board discussion that affects their employer, and they shouldn’t make Board decisions as your employee. Unfortunately, some COI are not manageable (i.e., they are “disabling”). A disabling conflict carries such high risk for personal gain to the  conflicted individual that the only solution is having the physician choose which interest to pursue. For example, the owner of an independent psychiatry practice should not serve in any capacity at your organization that allows them to refer patients, directly or indirectly, to their own practice (or vice versa). Allowing a physician to act on a COI can create Stark, kickback, taxation, and other compliance nightmares.

The solution: In your training, give examples of manageable and disabling COI. Give tricky examples, too. Walk the physicians through a conflict of interest disclosure form. They’ll be required to complete it annually, and update whenever their interests change. Employed physicians may benefit from learning the COI disclosure process in orientation. Orientation should give physicians a sense of duty toward disclosing COI and the organization’s policy for managing them.

The consequences: When physicians are skeptical of their compliance program, they expect to hear “gotcha!” rather than “let’s run through this.” Compliance people can worsen the situation if they act righteous or accusatory in a conversation with a physician (without delivering clear and presentable data and explanations). When physicians feel attacked by their compliance department, they are unlikely to build compliance into their practice’s culture and unlikely to work cooperatively and transparently with the compliance team. Under these toxic circumstances, the compliance team risks being equated with regulations rather than being known as internal regulatory experts. The goal is a positive physician-compliance relationship that makes each physician feel empowered to follow laws, regulations and internal policies, as well as to adapt to regulatory changes through synergistic business partnership with the compliance team. 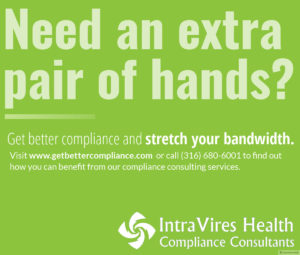